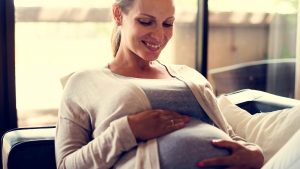 The importance of adequate omega-3 fat during pregnancy cannot be underestimated. Omega 3 fat plays a vital role in the development of the eyes, brain, and neurological pathways of your child.

In addition to this role, a 2020 study showed that women who had higher levels of  omega-3 fat as a percentage of total fatty acid intake were at significantly lower risk of preterm birth and a healthier birth weight for their child. A 2017 meta-analysis which is an analysis of studies found that women who included omega-3 fat in their diet gave birth to infants who had a larger waist circumference and birth weight compared to those women who did not include omega-3 fat.

The mental health of the mother is of vital importance and a 2019 study found a 5 fold increase in postpartum depression in mother’s whose omega-3 levels were less than 5% of total fat intake during late pregnancy compared to those women who had omega 3 levels higher than 5% of total fat intake. In addition to this, the impact on mental health was more severe when considering the combination of low omega-3 fat with a high omega-6 fat level.

Despite all these positive associations with including omega-3 fat in the diet when pregnant, it is said that recent surveys report most women during pregnancy consume very little seafood. Consequently, these women do not achieve the needed omega-3 fat levels required for optimal health.

This fish has low levels of mercury and has a huge 2000mg/100g, omega3 fats. There are 16 different varieties available to try from Safcol Seafood https://www.safcol.com.au/product_categories/salmon/.

Canned tuna has lower levels of mercury than fresh tuna as the tuna are smaller species and caught when they are less than one year old. The Food Standard of Australia and New Zealand advise that it is safe for a pregnant woman to enjoy a small can of tuna every day if she is not eating any other variety of seafood. A 95g can has around 350mg of omega-3 fat. There is a smorgasbord of choices available at Safcol Seafood: https://www.safcol.com.au/product_categories/tuna/

Although quite high in salt have 2400mg/100g of omega 3 fats and one of the lowest amounts of mercury. Safcol Seafood has three varieties Safcol Brisling Sardines in Springwater, in oil and tomato sauce. https://www.safcol.com.au/product_categories/sardines/

You do not have to fall victim to the many mistruths available on the internet. Take on board what the evidence says and improve both your health and the health of your infant simultaneously.