Seafood in Pregnancy – Optimal Development of Your Baby’s Brain What you chose to eat during your pregnancy plays a major role in the health of your unborn baby. One food group with a matrix of health benefits including brain development is seafood. 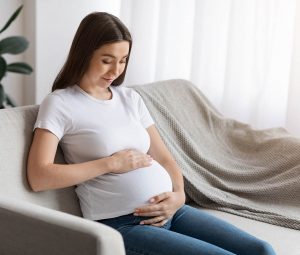 Seafood is a rich source of essential nutrients for good health including essential omega-3 fat, iodine, vitamin B12, choline, iron, zinc, vitamin D, manganese and antioxidants, such as in salmon. Omega-3 is especially important during pregnancy. It is well known that seafood is the best source of this polyunsaturated fat.

Unfortunately, many women shy away from seafood due to the fear of mercury poisoning and the risk of listeria infection.

There is a range of seafood options that are lower in mercury and can be enjoyed two to three times each week. These include tuna, salmon, trout and sardines. Seafood produces long-life options which remove the risk of listeria poisoning. If you are a fan of tuna, it is safe for you to include a tin of Safcol Responsibly Fished Tuna in Springwater 95g every day if you are not eating any other seafood in your diet.

The good news is the benefits of including seafood was seen in the lowest amount of 113g a week, and continued to increase to up to 2.8kg a week. Mothers who chose to eat seafood during pregnancy had an average of 7.7 greater IQ points.

While it is not advised to include up to 2.8kg of seafood a week, sticking with the recommended 300g of seafood is a big win for the health of your child in many ways, including their brain development and cognitive abilities.